Actress Eniola Badmus replies a troll who called her ‘shapeless’,

Social media is the place where everyone is equals’. There is little or no respect for people of importance or celebrities.

CHECK THIS👉🏿  Coronavirus: I have cure for all COVID-19 patients – Primate Ayodele

Many Nigerian celebrities mostly Nollywood actresses have come under some serious criticisms on social media over their looks or deeds and Eniola Badmus has not been left out. 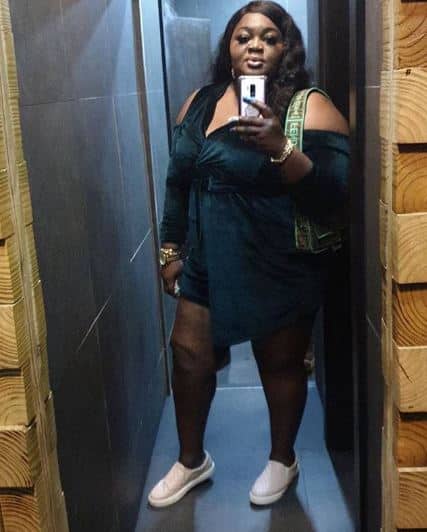 Just recently, Eniola Badmus took her time to reply to a troll who could not avoid commenting on a photo she shared.

The troll made the actress size her focal point of attack.

The troll wrote; “See as u dey shapeless like agege bread 😂😂😂”

See their exchange below; 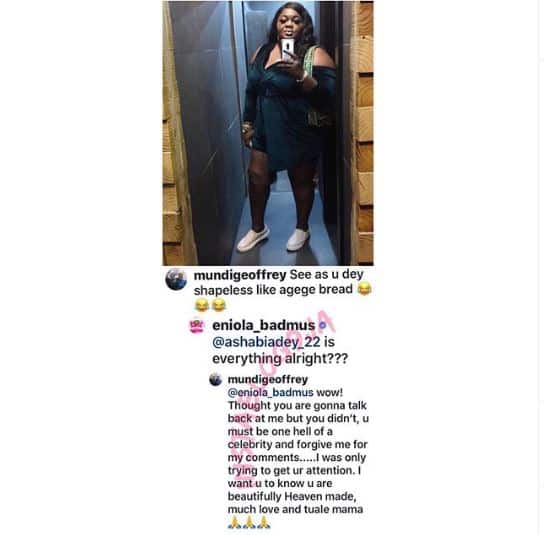